This page takes a quick look at the parts, which can make up a thatched roof. The first diagram shows the various timbers in a typical roof. As these are also found in tiled and slated roofs, only a basic picture is shown. In fact a great deal has been researched and written about roof timbers, especially old ones; which need not be repeated here. As this site is concerned more with what covers the timbers….

Basically large A frames, traditionally set 16feet (4.8m) apart, support a ridge board and one or more horizontal purlins. To these are fixed common rafters, usually set 16inches (400mm) apart. Their bottoms sitting on a wide wall plate. On these lie the battens, with a wider spacing than that used on tile or slate roofs. Around all the wall plates is fixed a facia board; although this timbering detail can vary. 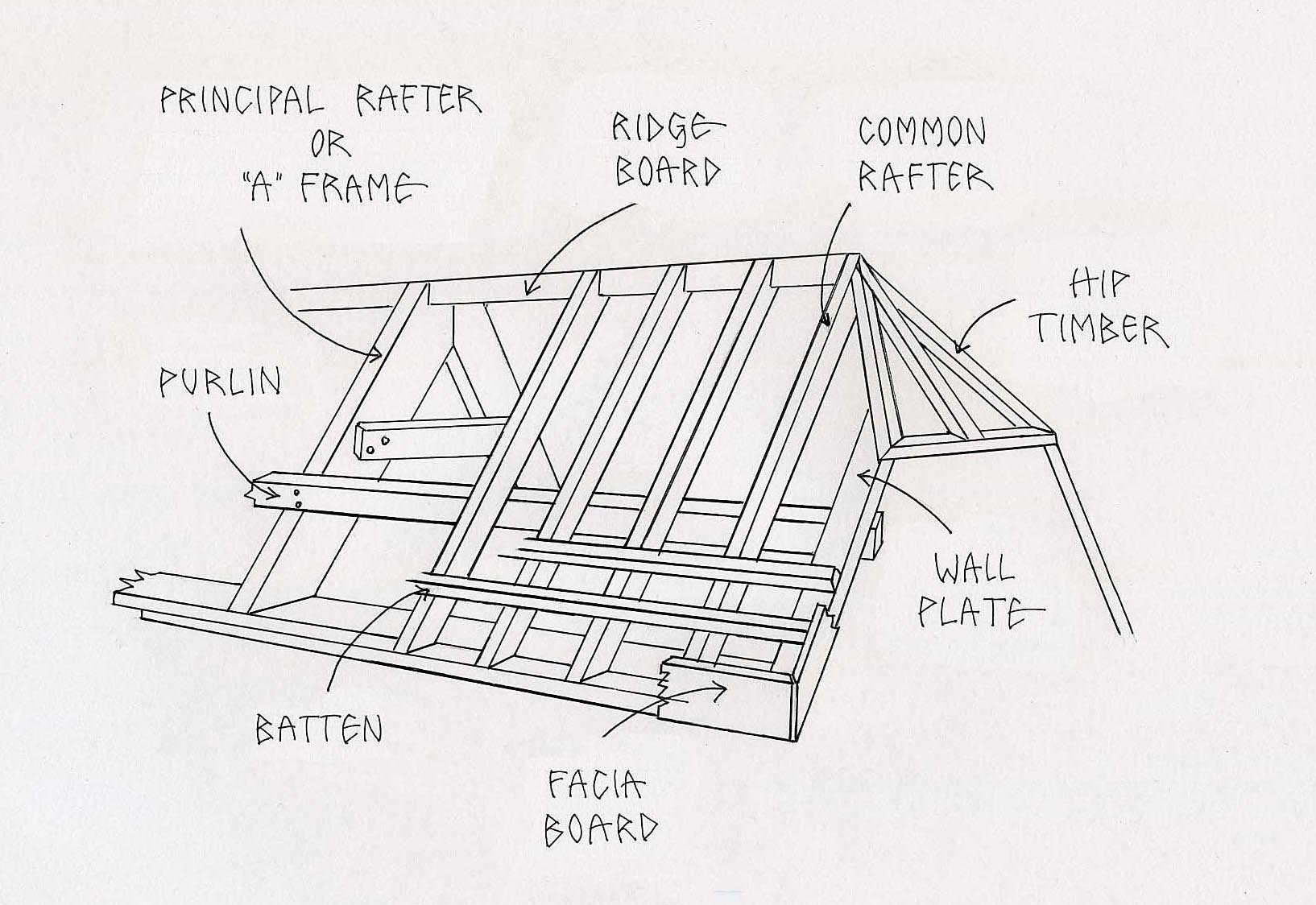 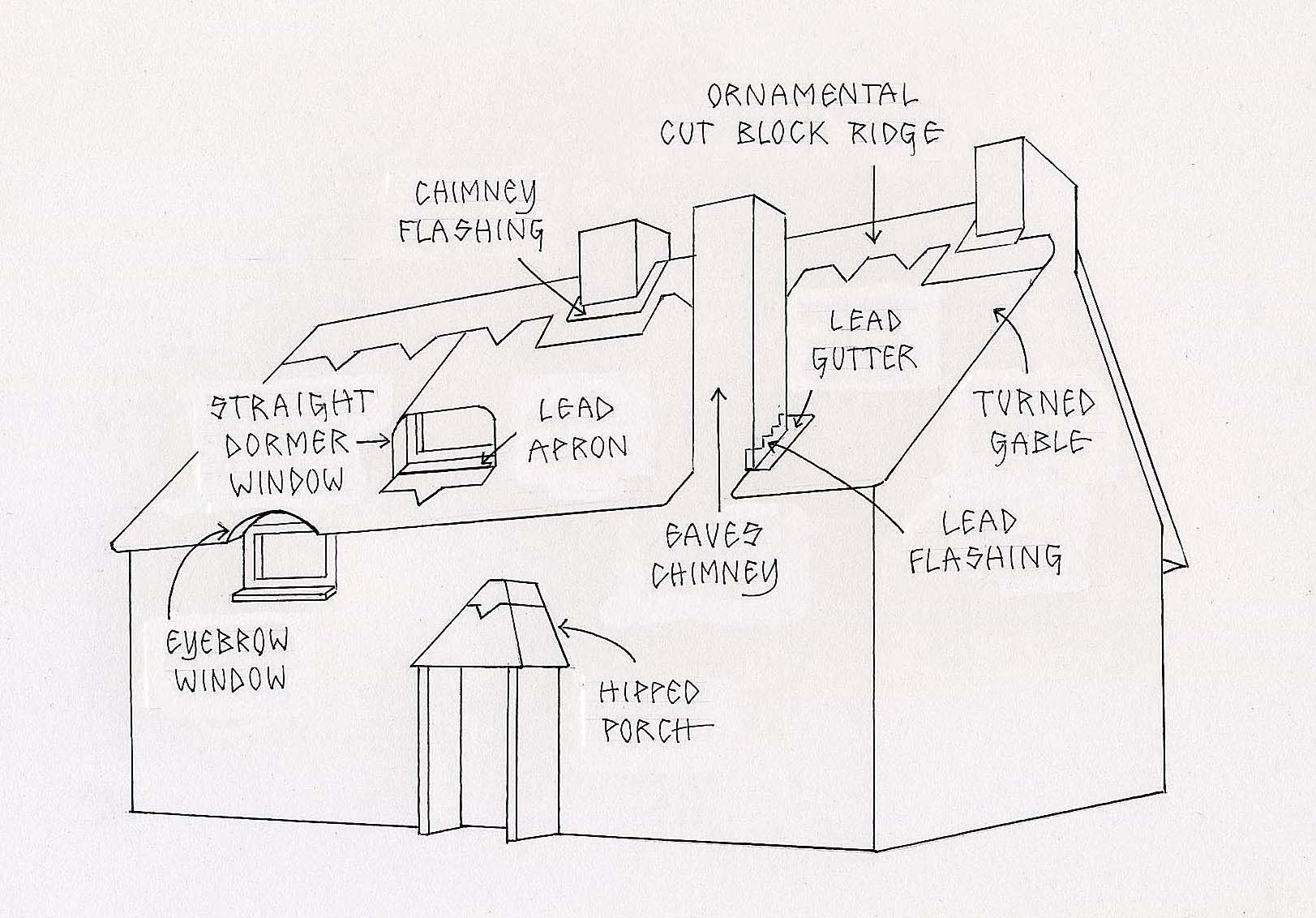 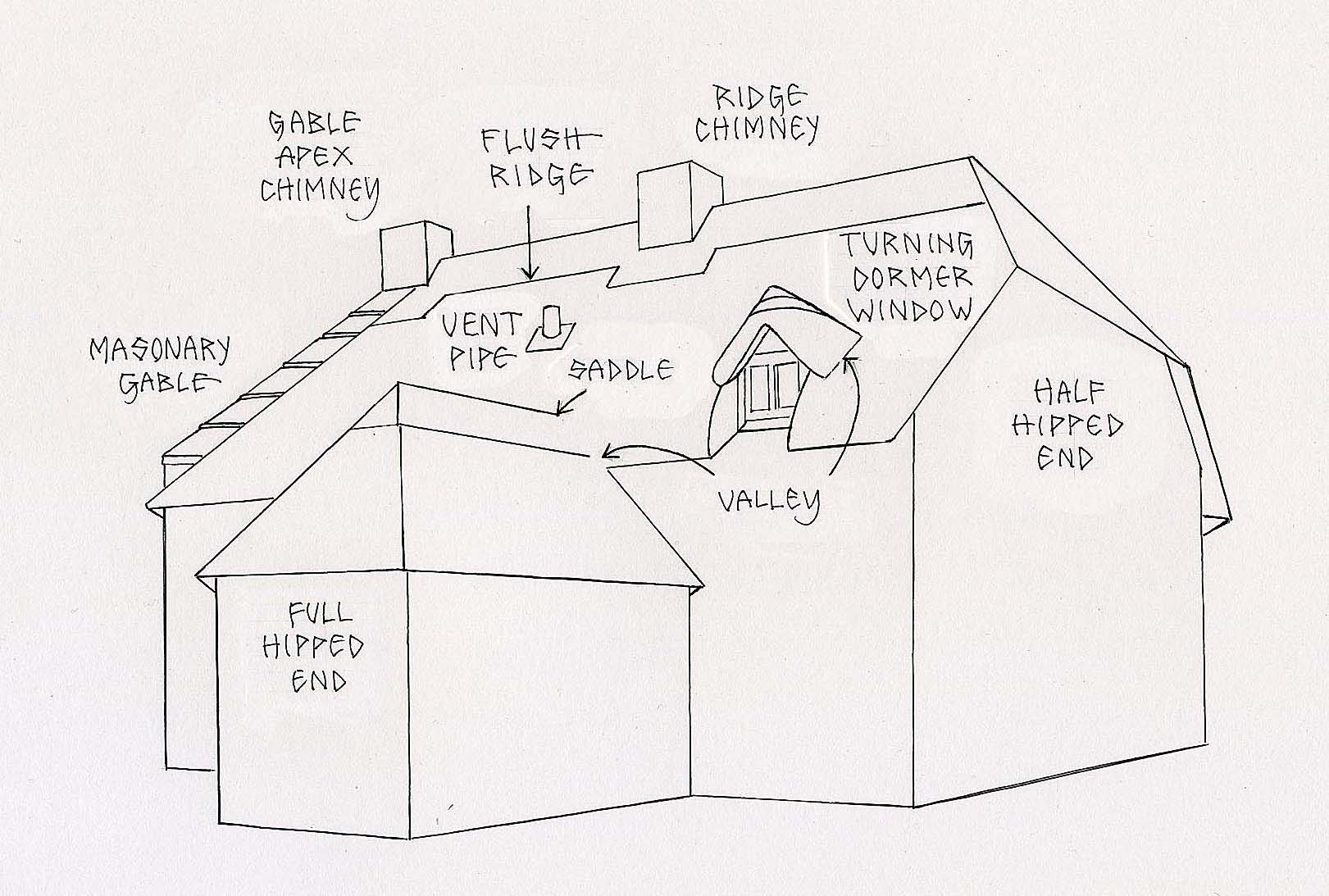 T hese last two drawings show some of the various ‘features’ found in thatching. Real examples are shown below; starting with an almost ‘featureless’ example of ‘straightwork’….. These features are discussed in greater detail on the Technical page… As noted in the Home page, some of the names given here are not in universal usage.
As will be seen in further pages, thatched roofs occur in an unending variation of these and other features….